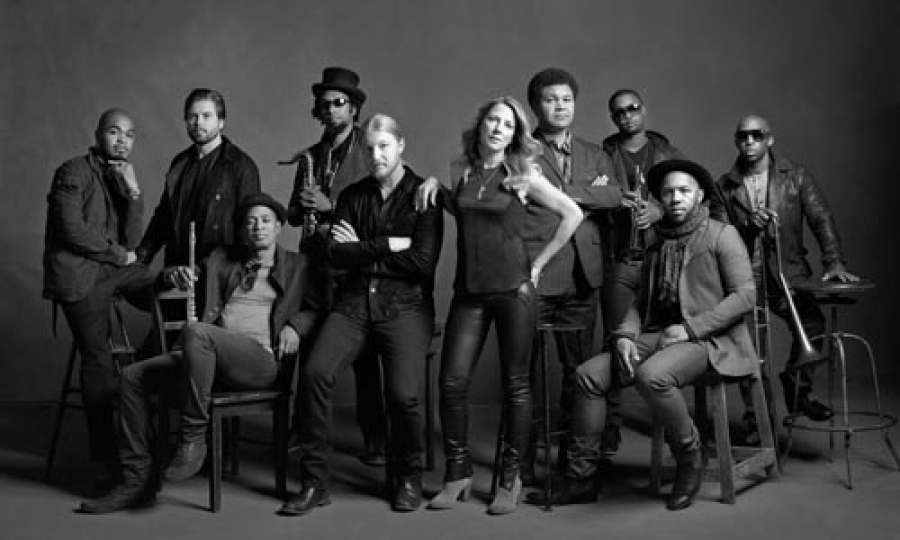 October 17, 2013 - Two of the best roots rock musicians of their generation join us for an outstanding session today.
Singer Susan Tedeschi and husband guitarist Derek Trucks joined forces in 2000 and formed the now 12 piece Tedeschi Trucks Band. Today we hear an amazing performance of songs from the new Made Up Mind album in front of an enthusiastic audience at NPR’s new Studio A. We’ll also introduce the Not So Newlywed Game! as we quiz the couple about life together. Hilarity ensues.

More in this category: « Tedeschi Trucks Band Jason Isbell On World Cafe »
back to top
Site Map | Help & FAQs | Privacy | Contact | Playlist | Public Inspection File | Public File Help
Copyright 2022 WXPN-FM / The Trustees of The University of Pennsylvania, All Rights Reserved
XPN.org is made possible with the generous support of XPN Members and our Business Sponsors.