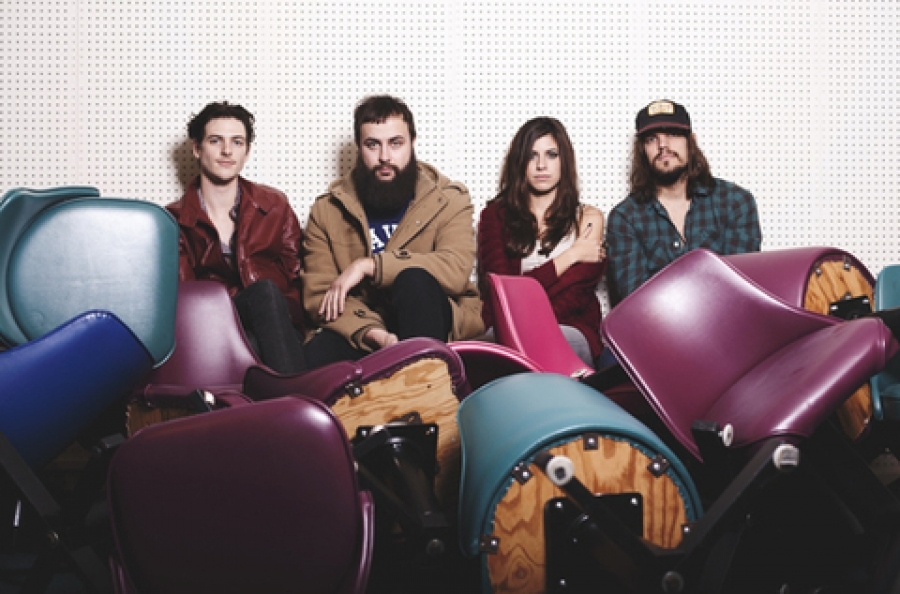 Strong Songs And Harmonies At The Heart Of Houndmouth’s Debut

September 3, 2013 - Houndmouth are a rootsy 4 piece rock band from New Albany, Indiana right across the river from Louisville, Kentucky.

In these days of loops, samples and all things digital a four–piece rock band with guitars, B-3 and all members singing is “folk music!” If you are like me you may find yourself initially thinking: “We’ve heard this kind of “Band-like” music before.” But reserve judgment. Because these guys and girls will seduce you with impeccable chops, harmonies and ultimately with their songs. They were signed by Rough Trade records which led to their debut From The Hills Below The City. They nailed their session with us as you will hear.

More in this category: « BJ Leiderman On World Cafe Gov't Mule On World Cafe »
back to top
Site Map | Help & FAQs | Privacy | Contact | Playlist | Public Inspection File | Public File Help
Copyright 2021 WXPN-FM / The Trustees of The University of Pennsylvania, All Rights Reserved
XPN.org is made possible with the generous support of XPN Members and our Business Sponsors.