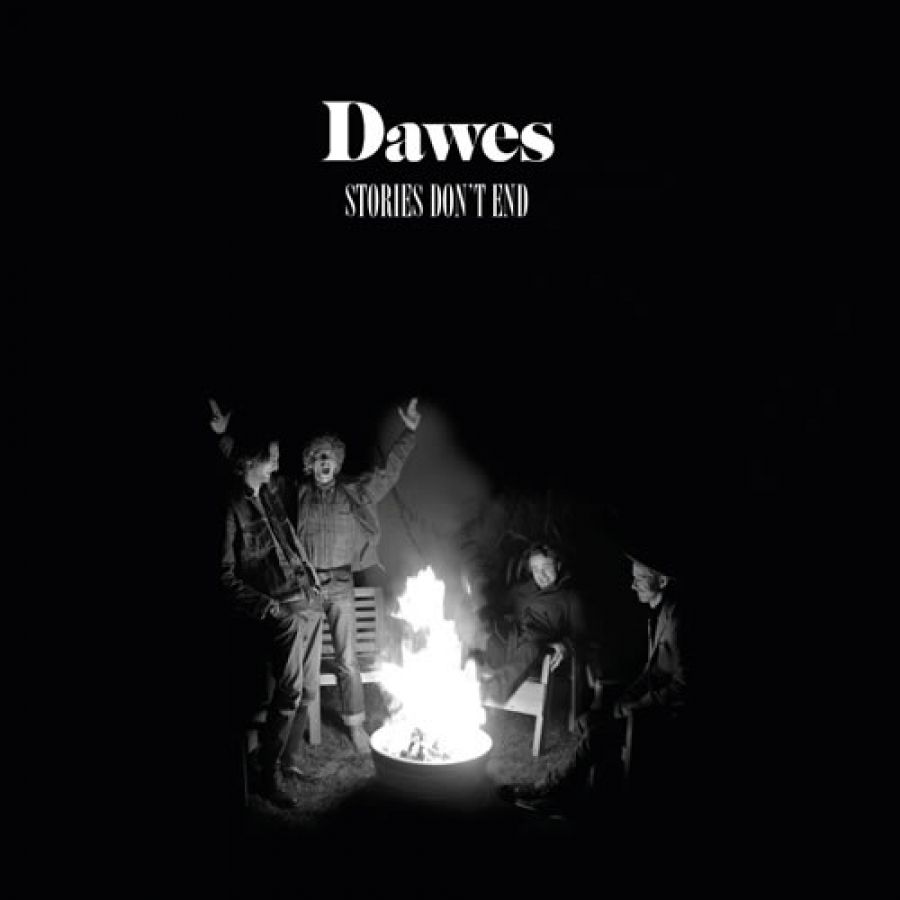 In making their third album, Stories Don't End, Dawes explored new found independence, new partnerships, and a change in scenery. Despite all those variables the results are very true to what we’ve come to love about this band. Dawes rekindled the spirit of the 1970s Laurel Canyon scene on their first two albums. And while we reconnected to a sound that may have felt familiar, we really fell for a band that was creating a personality all its own. On Stories Don't End, they harness that personality and truly reflect what we’ve seen blossoming over the last four years.

Stories Don't End is the first album Dawes will release independently on their new label, HUB Records. Another change for the band is the absence of producer Jonathan Wilson, who was at the helm for the band's first two albums. In his place, Jacquire King whose credits include albums with Tom Waits, Norah Jones, and Kings of Leon. And while that Laurel Canyon sound still exists, the band actually bunkered down in Asheville, North Carolina to record these new songs. In the face of releasing their own album, working with a new producer and recording on the other side of the country, the album really just plays as a comfortable progression. Frontman Taylor Goldsmith is as dominant lyrically as he was on the first two albums, and the band meets his excellence.

It's easy to fall in love with these songs. The storytelling is vivid on "From a Window Seat" as you follow Goldsmith’s stream of consciousness from the cabin of a plane. "Most People" and the leadoff track "Just Beneath the Surface" are the most reflective of that classic California coolness and sunny soft-rock feel. And if you’re looking for a playful side of Dawes, listen to "Hey Lover," an instantly catchy moment that is sure to be a favorite during live shows.

More in this category: « Iron & Wine - Ghost On Ghost Phoenix - Bankrupt! »
back to top
Site Map | Help & FAQs | Privacy | Contact | Playlist | Public Inspection File | Public File Help
Copyright 2022 WXPN-FM / The Trustees of The University of Pennsylvania, All Rights Reserved
XPN.org is made possible with the generous support of XPN Members and our Business Sponsors.