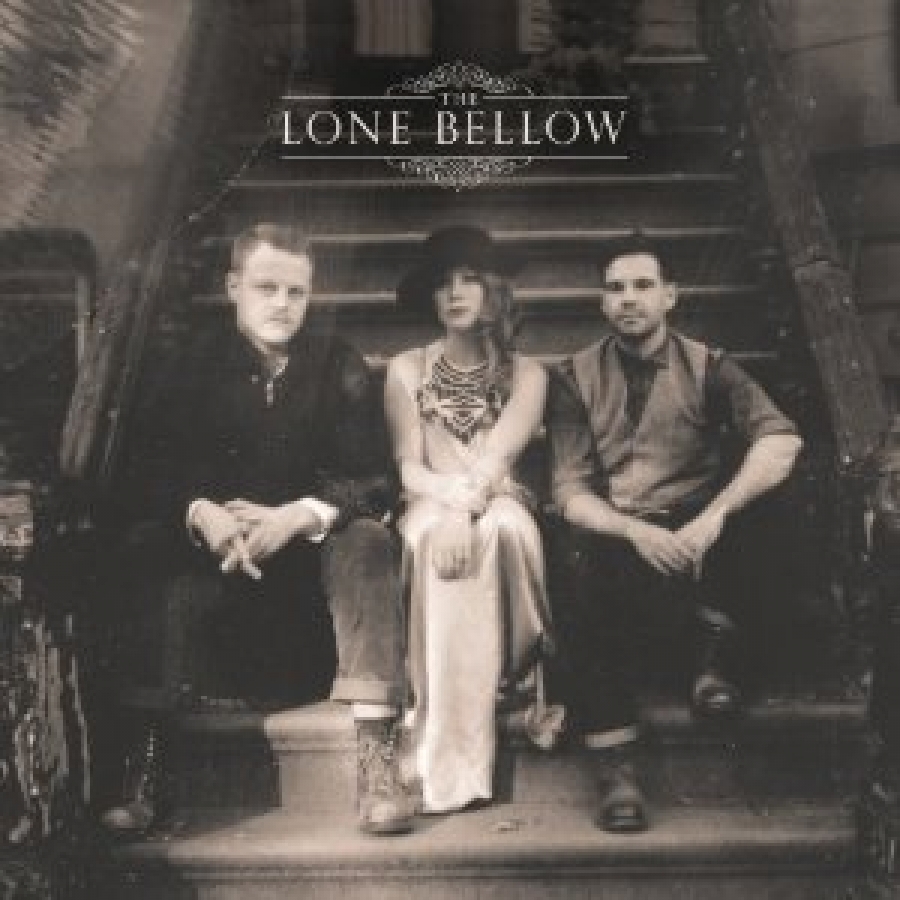 <>h3>XPN CD of the Month - April, 2013 The Lone Bellow sing every note like it's their last, and do so with honesty and integrity. These songs offer up just the right mix of roots, rock, country and soul, and plenty of emotion.

Often music fans will argue over the 'timing' of particular bands. While some acts fall victim of being a bit ahead of their time, others may be a minute (or two) late to the party. In either case, audiences really have the final say. And the ability to strike that connection with an audience will always win out. Enter, The Lone Bellow. You can certainly make the case that the 'timing' is right. This three-piece country, rock & soul outfit got their start opening shows for critic delights The Civil Wars. In a musical landscape where Mumford & Sons and The Lumineers dominate headlines, The Lone Bellow should be an appealing next course. But truthfully, listening to their debut album it's obvious that this band does possess an independent spirit that's anything but derivative. The Lone Bellow is an album of songs that are refreshing and undeniably captivating.

The Lone Bellow is three voices that become one.Frontman Zach Williams, Brian Elmquist and Kanene Pipkin may have just made their first record, but their chemistry is the first striking quality. Originally from Georgia, the three now call home to Brooklyn. And they fail to shed their southern roots on their debut album. The album launches out of your speakers from the first vocals of the soulful romp "Green Eyes and a Heart of Gold." And while their powerful dynamics carry the opener and much of the album, it's Williams' poetic songwriting that may make the most substantial impact. These are songs that are obviously born out of difficult times, but also written and sung with as much emotion. Songs like "Two Sides of Lonely," "Bleeding Out," and "You Never Need Nobody" beg for repeated listens.

The Lone Bellow sing every note like it's their last, and do so with honesty and integrity. These songs offer up just the right mix of roots, rock, country and soul, and again, plenty of emotion. There's no argument that the timing is probably right for The Lone Bellow, but regardless this is a band that knows just how to make a connection and do so on their debut.