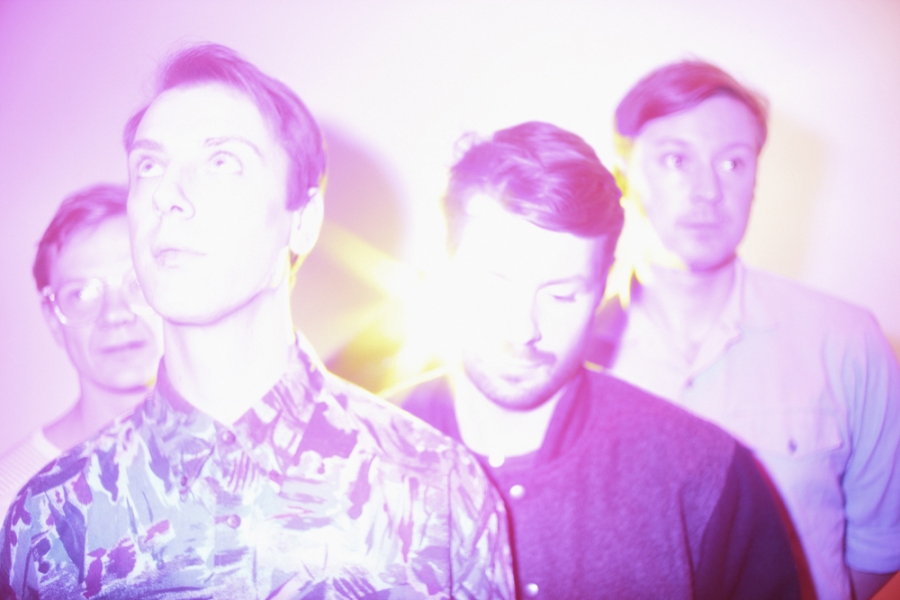 Photo Credit: Courtesy of Mikael Gregorsky
Hailing from Edinburgh, Scotland, this four member psychedelic rock group has been capturing the attention of audiences around the world. The band’s self-titled debut album Django Django (Because Music) was released in the United King in January and was able to debut at an impressive #33 within its first week. The band was nominated for the prestigious British Mercury Award in the category of Best New Band. The band is not only increasing in popularity worldwide but also it is currently headlining a full-stage European tour for the first time ever.

Ccomprised of David Maclean (drummer and producer), Vincent Neff (singer and guitarist), Jimmy Dixon (bassist), and finally Tommy Grace (synth operator), they flirt with African rhythms and infuse them with modern rock beats. Even though this interesting blend of sounds resonates in all of the band’s tracks, much attention should be directed to its latest single “Hail Bop.” This single has accumulated strong reviews and has been attributed as a significant catalyst in increasing their worldwide presence. “Hail Bop” became so noteworthy by music critics that it was selected as a track on the popular soccer videogame Fifa ’13. Recently winning a Q Award for Best Live Act, it is with no surprise that Django Djanjo will continue to glamour music-lovers worldwide. Listen to an interview and live performance about the band's future plans.

More in this category: « Susanna Hoffs Kelly Hogan »
back to top
Site Map | Help & FAQs | Privacy | Contact | Playlist | Public Inspection File | Public File Help
Copyright 2020 WXPN-FM / The Trustees of The University of Pennsylvania, All Rights Reserved
XPN.org is made possible with the generous support of XPN Members and our Business Sponsors.