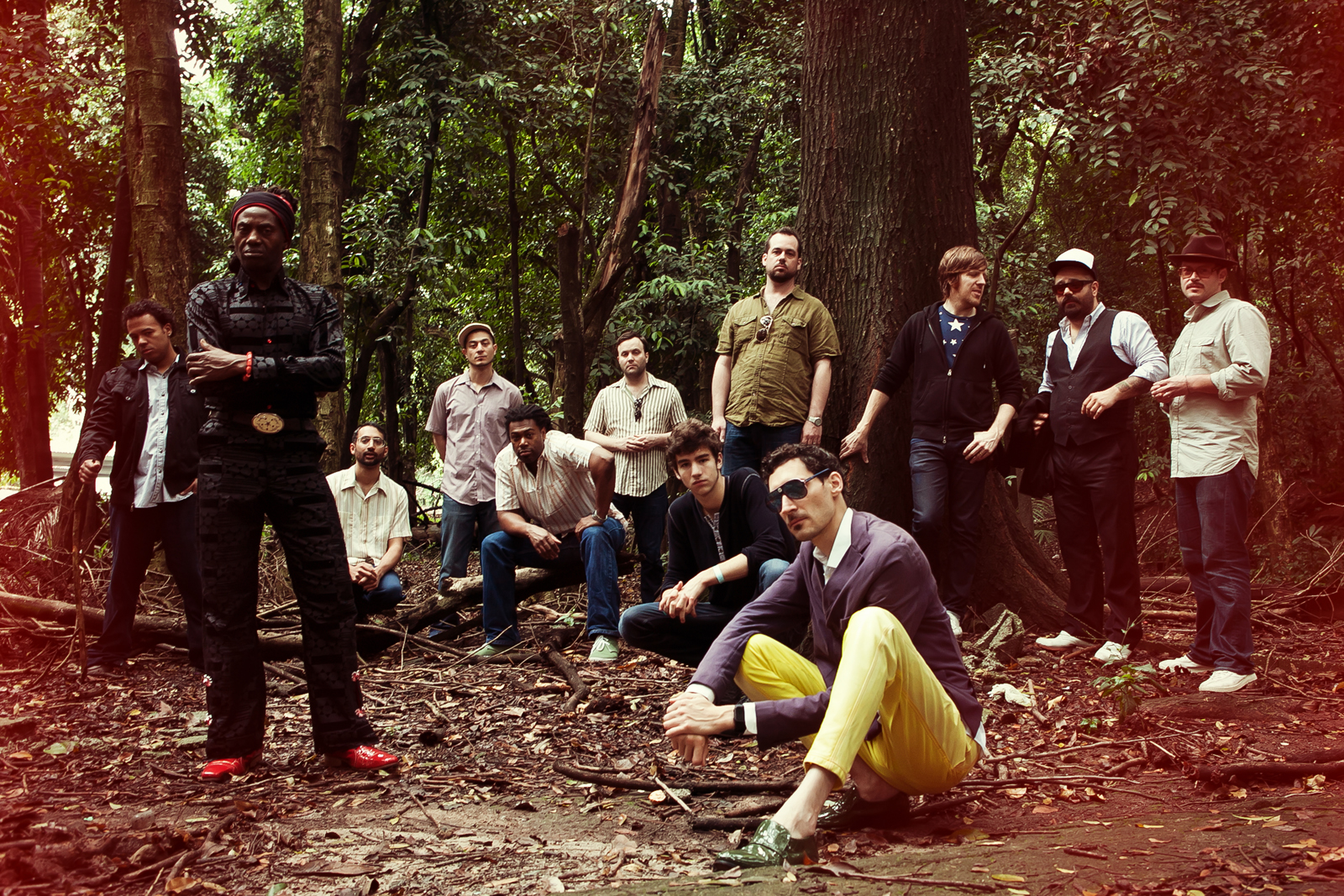 Sometimes known as the Antibalas Afrobeat Orchestra, Antibalas is exactly that: a large group of talented musicians playing rhythmic Afrobeat in perfect synchronous harmony. The New York-based band has come a long way from its Harlem roots but has never forgotten them.
Rather, the band has embraced the heterogeneity of the city and woven together a veritable symphony of sound. In a seven year stretch, Antibalas ("bulletproof" in Spanish) released four well-received albums, concluding with Security in 2007. Since then, a five year hiatus in which several members collaborated on the broadway musical FELA! has left fans hungry for more of their percussion-heavy Afro/Cuban goodness.

Fortunately for those fans, Antibalas' new self-titled album Antibalas is as delectable a morsel as the group has ever put out. The fourteen-man outfit comes together impeccably over the course of the a crisp, catchy six-song track. The short setlist is a misrepresentation - each song clocks in at over six minutes, with "The Rat Catcher" and "Sáré Kon Kon" breaching eight. Really, the album Antibalas is a declaration by the band Antibalas: that they are still here, they are still sharp, and they are still making awesome music.
Tagged under

More in this category: « Stars Melissa Etheridge »
back to top
Site Map | Help & FAQs | Privacy | Contact | Playlist | Public Inspection File | Public File Help
Copyright 2021 WXPN-FM / The Trustees of The University of Pennsylvania, All Rights Reserved
XPN.org is made possible with the generous support of XPN Members and our Business Sponsors.