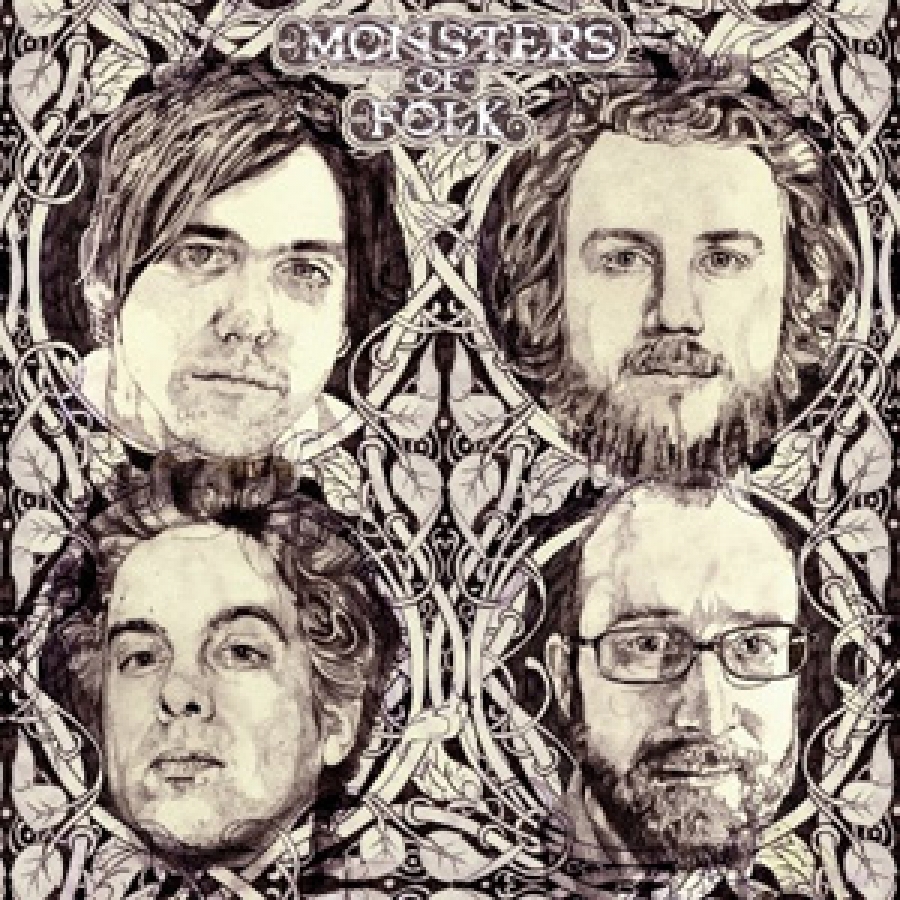 Often the hype that precedes an album's release ends up overshadowing the impact of the actual arrival. The announcement of collaboration between My Morning Jacket frontman Jim James, M. Ward, Conor Oberst and Mike Mogis was sure to leave some expectations unreasonably high. Yet the resulting album from the proclaimed Monsters Of Folk still offers plenty of surprises amongst a wealth of dreamy compositions.

Unchallenged is the fact that all four artists came together, egos aside, on Monsters of Folk. There is no dominant voice, but each leaves his own trademark on the album. And it starts with the hypnotic; Jim James inspired "Dear God". Longtime Bright Eyes producer Mike Mogis joins Monsters Of Folk not just as the album's producer, but also as band member. His musical companion, Oberst, offers his crafty wordplay to the mix, arriving at the top of his game on the song "Man Named Truth". An artist whose laid-back demeanor quarrels with his exceptional guitar work; M. Ward adds some jolt to the collaboration on the rollicking "Whole Lotta Losin'".

Monsters Of Folk (the album) is witness to the strengths of all four artists. And perhaps the beauty of the album is that it is solely the four of them. James, Ward, Oberst and Mogis are responsible for playing all the instruments and developing all the songs as a unit. Honest and united, Monsters of Folk is witness to the best of what each member has to offer.

Chosen as XPN's CD of the Month for November 2009!