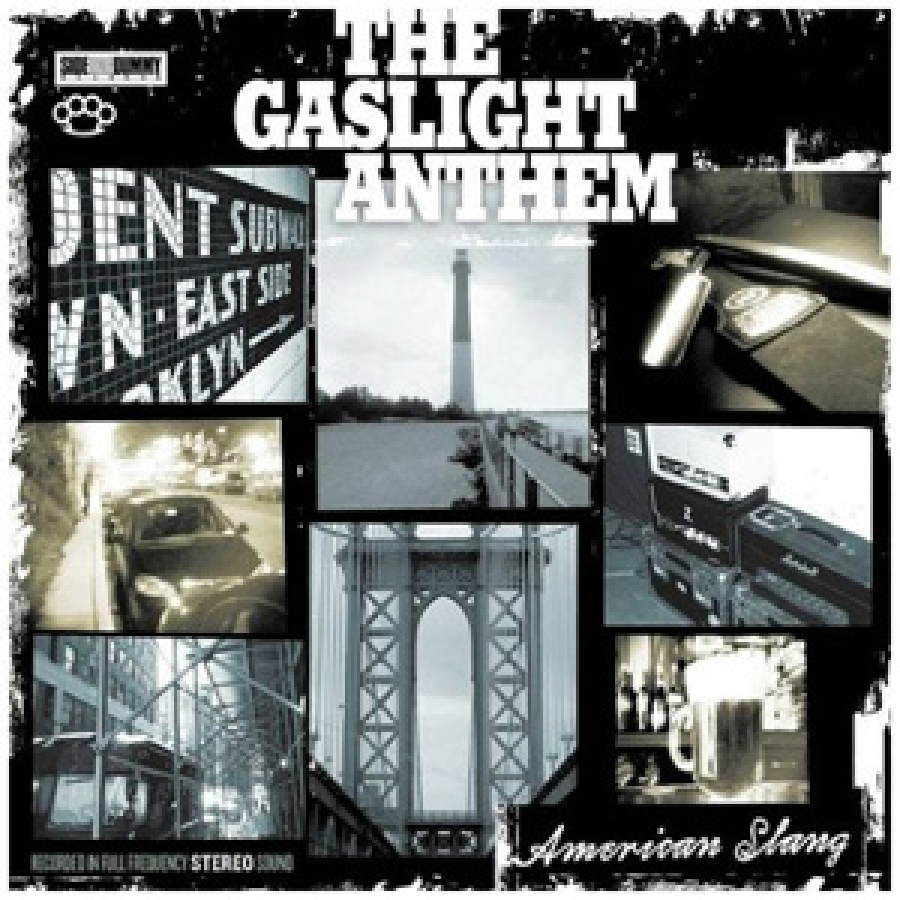 We’ve seen a number of artists in the first half of 2010 whose stock continues to rise upon the release of new albums. The best recent example comes from The Gaslight Anthem. More confident and just as powerful the Jersey-based rock band truly breakthrough on their third full-length album American Slang.

There’s lot to admire on American Slang. Confidence and comfort are easy to detect, and The Gaslight Anthem harness both on American Slang. Their songs are muscular and gritty, but frontman/songwriter Brian Fallon isn’t afraid to wear his heart on his sleeve, both literally and metaphorically (check the tattoos). With unwavering self-belief, Fallon flirts with heartbreak on the near-breakup song “Bring It On” and offers a dose of nostalgia on “Stay Lucky.” And despite their Jersey roots and the endless Springsteen comparisons, Fallon flirts with his new home, New York City, throughout American Slang including on “The Spirit of Jazz.”

The music of The Gaslight Anthem has always reflected a working-class vibe. And despite an album that’s a bit more polished, that attraction is far from lost on songs like “Boxer”. There’s no fooling around on American Slang, the 10 song collection succeeds in just under thirty-five minutes. From the anthemic opener “American Slang” to the weighty, thought-provoking “We Did It When We Were Young,” The Gaslight Anthem graduate to a new level of rock prowess on American Slang.