LCD Soundsystem - This Is Happening - DFA/Virgin 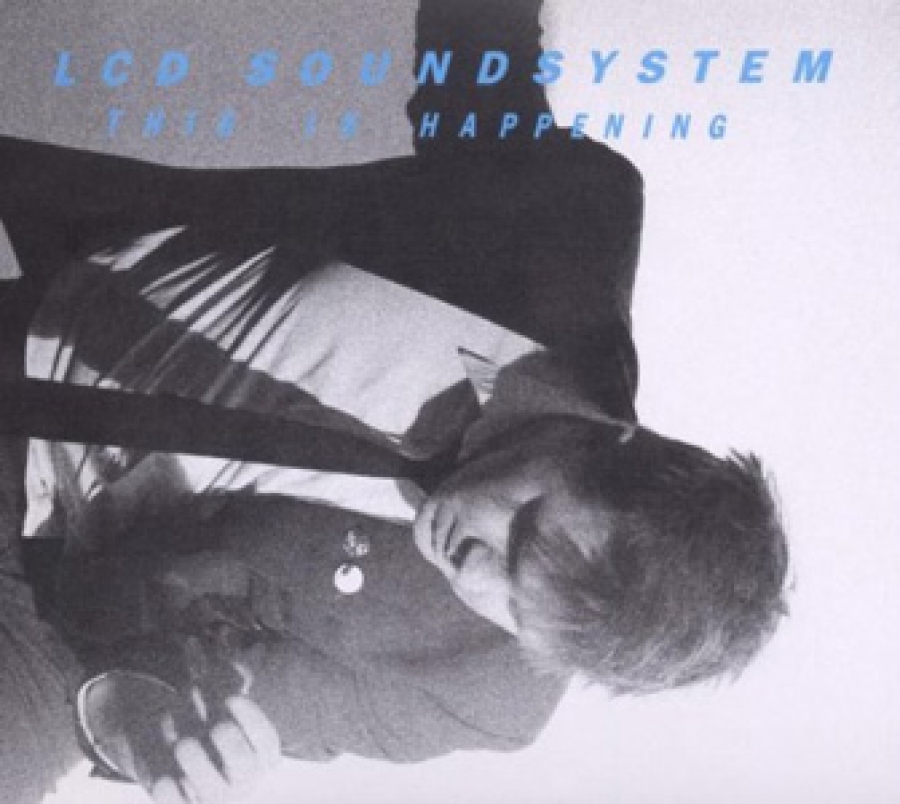 For those of us who either never have or will realistically never again step foot onto a nightclub dance floor, James Murphy gives us our at home admission with the new LCD Soundsystem album This Is Happening. The addictive atmosphere that LCD produced three years ago on the critically praised album Sound of Silver is full-realized again on This Is Happening.

The 9 song collection is again witness to Murphy's uncanny ability to build layers of sound over intoxicating dance beats. Murphy is uncompromising in his patience and desire to give each song enough room on the runway before takeoff. The album opener "Dance Yrself Clean" begins with minimalist percussion, handclaps and from afar vocals. The almost hypnotic repetition continues for just over 3 minutes before the song takes flight into an irresistible dance groove.

Murphy has never been shy in sharing his music influences, and yet again he's anything but subtle on This Is Happening. He tips his cap to the Velvet Underground on the album's first single "Drunk Girls." You can hear his nod to Bowie on "All I Want" and even a little Iggy influence as the current night clubber pays homage on "Somebody’s Calling Me."

Lastly, one of the most charming qualities of LCD Soundsystem and the songs that Murphy writes is how he injects humor. Often self-contradicting or taking aim at himself, This Is Happening is anything but pretentious. On the song "You Wanted A Hit" Murphy confesses "we don't do hits, I try and try…it ends up feeling kind of wrong." And on "I Can Change," he belittles himself as a lyricist referencing bad poetry and slipping in the admission "…and this is coming from me."

Murphy has noted that This Is Happening is likely the last album from LCD Soundsystem. True or not, just like Sound of Silver, Murphy's music is about to find an even larger audience who will plead for more.