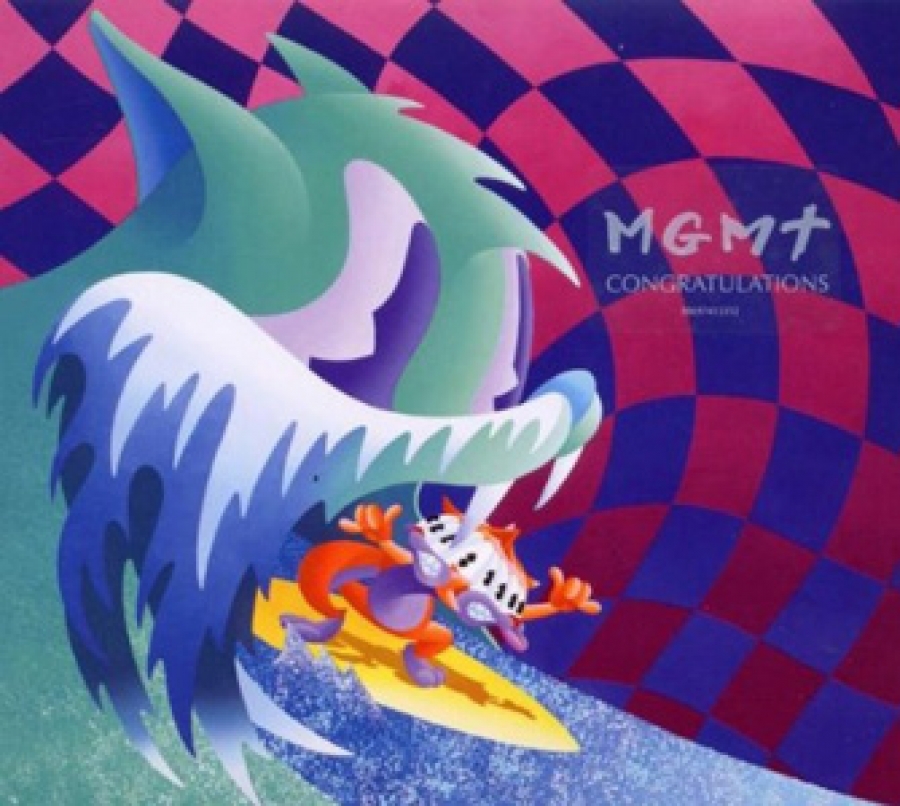 Despite the success that surrounded their debut album, MGMT stand determined to wipe the slate clean with their sophomore release Congratulations. Where songs like “Kids” and “Electric Feel” found leverage in pop venues, the songs of Congratulations aim to push beyond those boundaries challenging the audience to a musical kaleidoscope.

More common nowadays, it seems as though artists rely on the power of a select song (or two) to create the identity for their entire album. MGMT unquestionably reverse that approach. And once you push past the urge to find the next “Electric Feel” or “Time to Pretend,” you can actually begin to soak up the beauty of Congratulations. Truly in a world of its own, listening to Congratulations feels as if you’ve been transported into a Starburst commercial; a colorful carnival of unexpected twists & turns ups & downs, an ultimately dream-like state.

Immediate, the new album from MGMT is not. Ambitious, however, it is. And while the 9 song set in many ways sets out to dissolve any preconceived expectations, it is obvious in its influence. MGMT is straightforward in their ode to Brian Eno, naming a song after the acclaimed musician/producer. They also pay homage to Dan Treacy, frontman for the English punk rock group Television Personalities, on “Song For Dan Treacy.”

With an expanded musical vision, MGMT set out to create an album whose songs truly interconnect and can be admired as an entire work. The result, Congratulations, is a colorful, artistic adventure. Listen. Or, read Mike's review.

More in this category: « The Hold Steady - Heaven Is Whenever - Vagrant Sharon Jones & the Dap Kings - I Learned The Hard Way - Daptone »
back to top
Copyright © 2022. xpn.org. Designed by Shape5.com Joomla Templates
Desktop Version