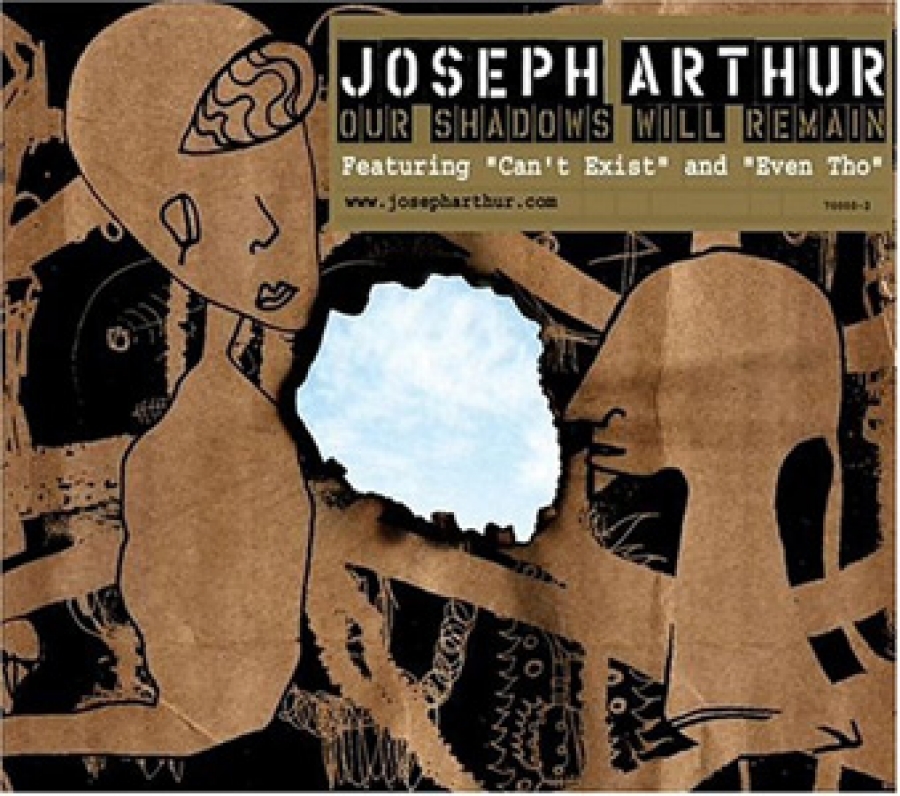 Singer/songwriter Joseph Arthur was discovered by Peter Gabriel in the mid-Nineties and released his debut album, Big City Secrets on Gabriel’s Real World label in 1997. Since then, Arthur has been a critic’s darling, a singer/songwriter of intense emotionality whose lyrical imagery is often dark and brooding. Occasionally, Arthur has been known to lighten up; particularly on the song “Honey And the Moon,” which became an XPN listener’ s favorite from his last album, Redemption’s Son.

Arthur is a truly talented artist however he’s never connected with a wider audiences. Our Shadows Will Remain could change that. The album is his most focused and melodically accessible to date. Songs like “Devil’s Broom,” and “Stumble And Pain” soar with power. “Even Tho” and “Can’t Exist” contain Arthur’s most memorable melodies of his career. In addition to driving rock songs, Shadows is balanced by “Echo Park” and “Failed” both of which surge with acoustic beauty and the flavorful beat-laden “Wasted.” Shadows is a truly remarkable album from an underappreciated artist. .

More in this category: « Various Artists - Enjoy Every Sandwich: Songs of Warren Zevon - Artemis REM - Around The Sun - Warner Brothers »
back to top
Site Map | Help & FAQs | Privacy | Contact | Playlist | Public Inspection File | Public File Help
Copyright 2020 WXPN-FM / The Trustees of The University of Pennsylvania, All Rights Reserved
XPN.org is made possible with the generous support of XPN Members and our Business Sponsors.