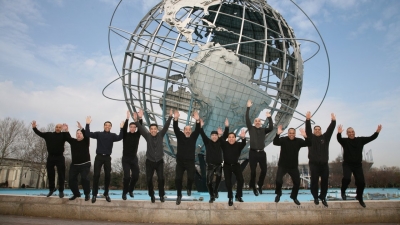 In this 29th installment of Latin Roots from World Cafe, David Dye and Grammy-winning Latin music producer Aaron Levinson embark on a transcontinental journey exploring the history and richness of bolero music — a slow-tempo dance with distinctive forms in Cuba and Spain. Bolero typically focuses on themes like love or loss, but as Dye and Levinson discuss, the critical difference between both forms is actually the rhythm.

Since its beginnings in the late 18th century, bolero music has remained rhythmically consistent. Here, Levinson demonstrates that — although the texture of the music has evolved in the face of technology — bolero has preserved its traditional rhythmic roots.