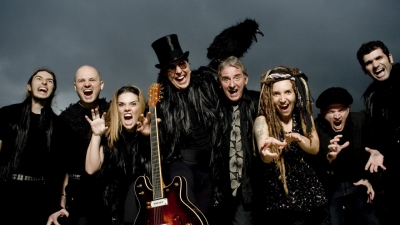 In this segment of Latin Roots, Jasmine Garsd discusses how the Brazilian artistic movement of Tropicália, also known as Tropicalismo, emerged and became a prominent force in the Latin American music scene. Garsd provides listeners with insightful information about the oppression and corruption that plagued countries like Brazil during a totalitarian regime. However, during these obscure times in Brazil, a cultural manifestation, identified as antropofagia, was conceived by Brazilian poet Oswald de Andrade and took flight by attacking the fraudulent political institutions that were trying to limit freedom of speech. This movement primarily called for artists to integrate "literary language" that salvages a variety of Brazilian and foreign elements to produce an exceptional and clever style. This principle evidently resonated in the style of Tropicália and sparked its popularity abroad.

Tropicália is a unique genre of music that conflates traditional Brazilian music with unique elements from avant-garde to rock and roll music. In this session, Garsd cites a key band that fueled the Tropicália movement in the 1960s. She credits Os Mutantes as an inspiring act that was able to assist in increasing the international presence of the Brazilian genre. Exiled from Brazil, the band members of Os Mutantes were able to extract foreign musical styles and fuse them together with their Brazilian roots. Penetrating the international music scene and garnering significant world-wide success, the band returned to Brazil and motivated an array of bands to continue the Tropicália manifesto. Tune into this edition of Latin Roots and expose yourself to an eclectic yet captivating mix of Tropicália artists as Garsd provides fascinating historical context about the highly popular music genre.