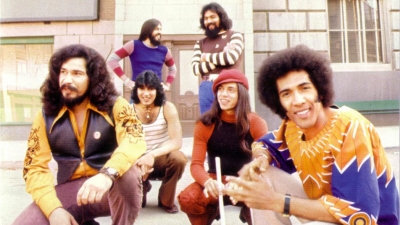 On this episode of Latin Roots, Felix Contreras returns to discuss the Latin alternative music of the 70's. Contreras is a connoisseur of sorts when it comes to Latin music. He hosts NPR's Alt.Latino, reports on jazz, world music and Latin culture for NPR's Arts Desk, and plays in several Latin and jazz bands. Here Contreras discusses how politics in the 1970's influenced Latin music of the era.

In the '70s, Latin music was impacted by politics, from Vietnam War protests to the farm workers' movement. Contreras says that political and social awareness was reflected in the Latin Alternative music of artists like El Chicano and Azteca. He also describes how artists wanted to move away from traditional mariachi and accordion conjunto sounds in favor of a progressive mixture of Afro-Cuban, blues and jazz. After addressing "Chicano bible music" and the way it brought together younger and older generations of Latin musicians, Contreras talks about the Escovedo family and how it impacted Latin music, including his own personal playing style.