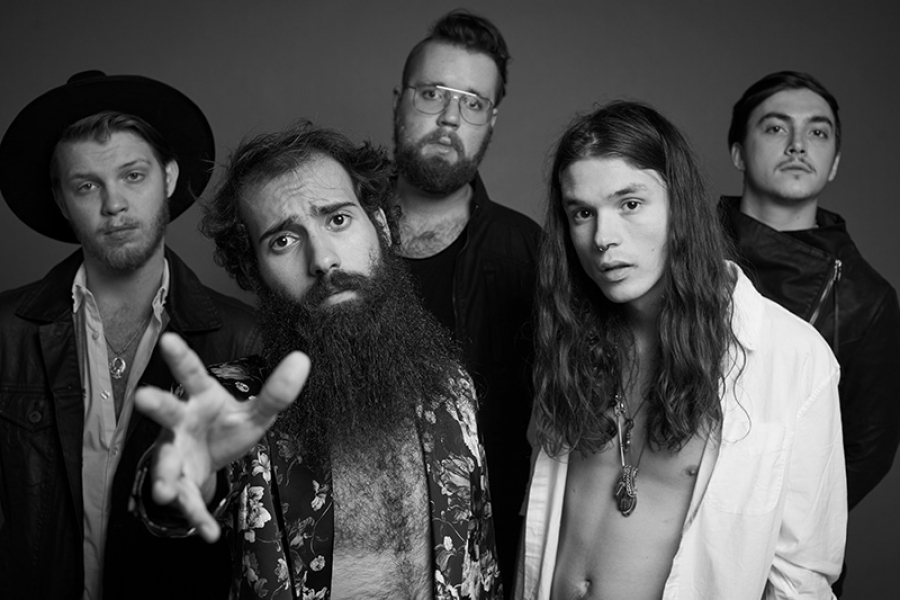 The five piece hail from Boone, North Carolina. Fronted by Sam Melo, the band have developed quite a significant following on the indie music circuit, selling out shows here in the States on word of mouth buzz and a couple of independently released records. Recently signed to a major label, Elektra Records, the new album - How To: Friend, Love, Freewill – showcases what they do best, which is an often hard to describe mix of indie folk rock, with touches of hip-hop and acoustic soul, eclectic arrangements, and Melo’s singular vocal style.

More in this category: « Caroline Rose - May 2018 The National Reserve - July 2018 »
back to top
Site Map | Help & FAQs | Privacy | Contact | Playlist | Public Inspection File | Public File Help
Copyright 2020 WXPN-FM / The Trustees of The University of Pennsylvania, All Rights Reserved
XPN.org is made possible with the generous support of XPN Members and our Business Sponsors.