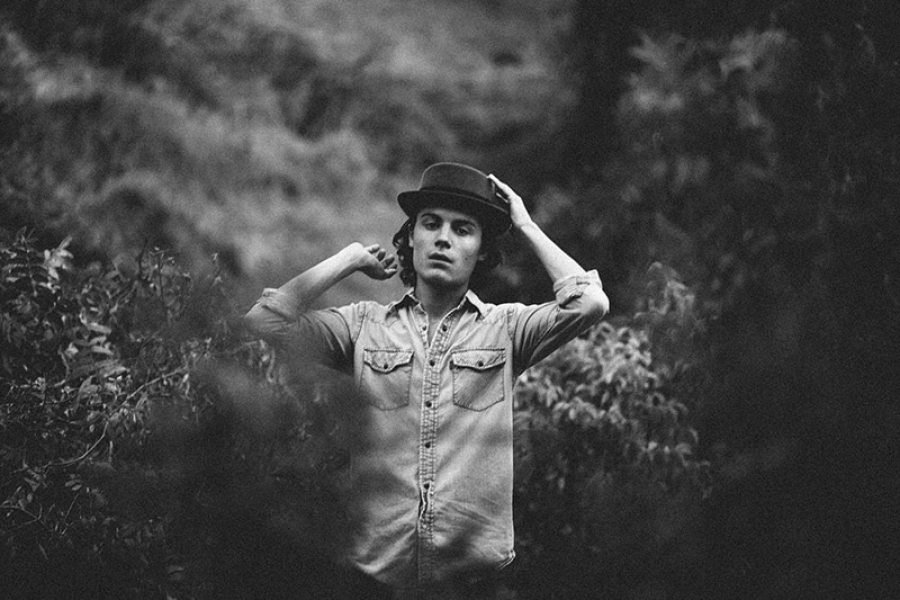 Originally from Michigan, the singer, songwriter and guitarist has an angelic falsetto, and mixes synth pop, glam and rock. BØRNS was born Garrett Borns and moved to LA last year to take up his career, living in a tree house in the canyons of Los Angeles.
He seemed to come out of nowhere with the subtle, yet shimmering song “10,000 Emerald Pools,” a song from his recently released Candy EP. He played the CMJ music conference in October 2014 and will be touring with Misterwives in 2015. A full album will be released next year on Interscope Records.

BØRNS has been playing music since he was a teenager, and has a background in art, film and magic. In 2013, he performed as the musical guest at TedXGrand Rapids. The quirky, yet engaging performance points to his potential, confirmed and heightened by the terrific four songs on his new EP.

Facebook
Tagged under
More in this category: George Ezra Artist To Watch - February 2015 »
back to top
Site Map | Help & FAQs | Privacy | Contact | Playlist | Public Inspection File | Public File Help
Copyright 2020 WXPN-FM / The Trustees of The University of Pennsylvania, All Rights Reserved
XPN.org is made possible with the generous support of XPN Members and our Business Sponsors.