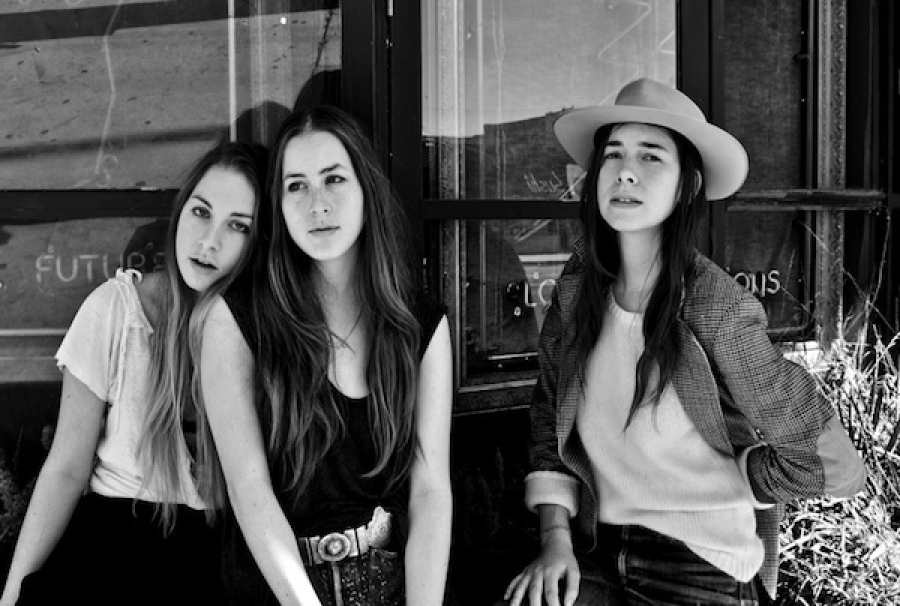 Three sisters from Los Angeles who have been enjoying a surge in popularity in the last year.

These three sisters from Los Angeles – Alana, Danielle, and Este Haim – will not release their debut full-length album until later this month, yet their popularity mimics that of a much more established group. Haim’s sisterly harmonies, classic rock influences, fun performance style, and charm have taken audiences around the world by storm. Over the last year, Haim has released a handful of songs and toured extensively, including a high-profile stint with Mumford & Sons, and has played many of the notable music festivals, most recently being Made in America here in Philadelphia over Labor Day Weekend. Their song, “The Wire,” was featured as a Gotta Hear Song of the Week on The Key back in August, and their much-awaited debut album, Days Are Gone, comes out on Columbia Records on September 30.

“We’ve been keeping our eyes and ears on the three sisters for a while. They’ve been enjoying a surge in popularity and Alana, Danielle, and Este are gaining quite the following on the strength of a stellar EP and extensive touring around the world. Their new album completely delivers on the promise of their earlier songs. We know this is a band our audience is going to dig.”
~ Bruce Warren, Assistant General Manager of Programming for WXPN

Gotta hear Song of the Week

Listen On The Key