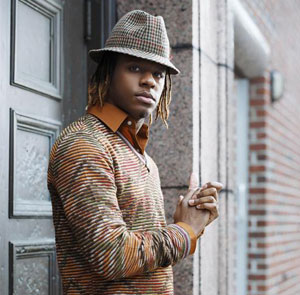 Ryan Shaw is a native of Decatur, Georgia and has been singing and performing since he was three. He honed his musical talents in church and local choirs. When he felt the need for more, he made the move of a lifetime, following his dream to New York City in 1998.

In New York, Ryan picked up his first singing gig as a Motown Cafe Moment, and the journey has been uphill ever since. Shaw's distinctive approach to singing and songwriting caught the attention of top talent manager David Sonenberg, and in November of 2006 he signed with DAS Communications. Just as the ink was drying on his management agreement he sat down once more, this time signing a record deal with Sony Red. Drawing inspiration from great talents such as Sam Cooke, the Pace Sisters and Aretha Franklin among others, Shaw sidesteps the transient quality that so many of today's artists cling to and opts for a more enduring sound that finds fans in both the young and old. When asked to describe what drives him, Ryan states "I am a man with a heart for the arts and how it affects the human spirit, and that is what I share."

If what is now, is any indication of what is to come, Ryan Shaw will be sharing for many years to come.

More in this category: « The National: WXPN's June 2007 Artist to Watch Amy Winehouse: WXPN's April 2007 Artist to Watch »
back to top
Site Map | Help & FAQs | Privacy | Contact | Playlist | Public Inspection File | Public File Help
Copyright 2021 WXPN-FM / The Trustees of The University of Pennsylvania, All Rights Reserved
XPN.org is made possible with the generous support of XPN Members and our Business Sponsors.